Building a world is fun and complicated in equal parts. While it’s fun to create a host of new rules to govern one’s land of make believe, the complexity manifests in holding oneself accountable to those rules, which, of course, involves remembering them.

In the early stages of this story’s development, I decided that time runs ten times faster on Earth than it does on Aret. What led to that preposterous, labyrinthine choice? I have no idea. Really, I cannot remember, but considering all the trouble it’s caused, I have to believe it was a decision based on sound logic.

Once the rule was established, Aret’s plot and characters intertwined all around it, creating a sticky mess of narrative knots unthinkable to untangle. So I had to embrace the 10:1 time factor, despite its propensity to cause twitchy eyelids and bouts of explosive swearing.

Throughout the writing of book 1, I thought I took great care in following the terrible time rule, but during one of my nine thousand revisions, I discovered something dreadful. Over the course of the story, about three weeks passed on Earth, which meant that only two days had passed on Aret. However, in every scene that took place on Aret, the sun shone brightly in the sky. 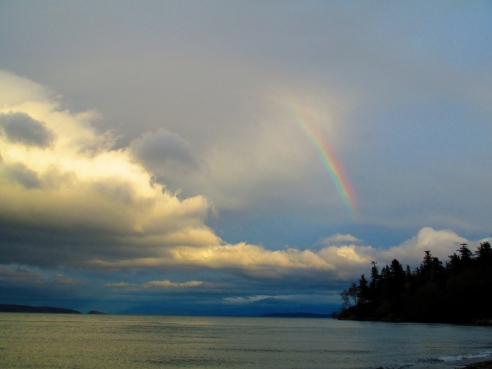 That was not a happy realization, but I tried not to panic. I leashed up my dogs, took them into the woods, and commenced an intense, semi-combative internal dialogue.

Inner Me #1:  What am I supposed to do about this? Half the scenes on Aret should take place at night!

IM #1:  Okay. Except that means recreating the entire story.  Are you up for that?

IM #2:  Um, no. Maybe I don’t want to be a writer. Maybe I should be a firefighter instead.

IM #1:  Good grief. Quit whining and put some scenes in the dark already! 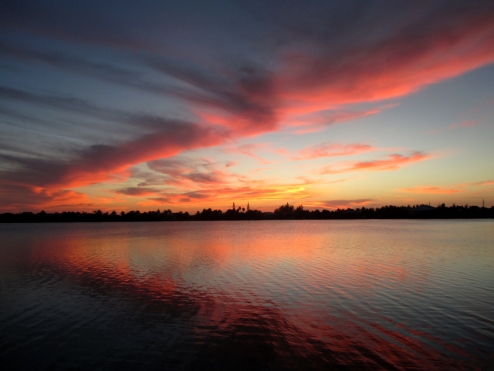 So I did. I combed through the narrative, figured out the exact timing as characters traveled between worlds (a painful, migraine-inducing experience), and, at long last, incorporated sunsets and starry nights into Aretian scenes.

Bringing darkness to Aret led to another new rule – my dragons have perfect night vision, yet they burn torches in their Council Hall at night, anyway. Why? Well, they’re sophisticated creatures. I imagine they enjoy the ambience.

As I reflect on the process of creating this story, I have one piece of advice to offer other budding fantasy writers. Consider NOT messing with time. Time doesn’t like being manipulated. It just might retaliate.

2 thoughts on “The Sun Always Shines on Aret”